The cap-dependent endonuclease inhibitor baloxavir marboxil was approved by the United States Food and Drug Administration in 2018 for the treatment of acute uncomplicated influenza in patients aged >12 years.1 During clinical trials, investigators detected treatment-emergent amino acid substitutions at position 38 of the polymerase acidic (PA) protein in patients with the influenza A/H1N1 2009 pandemic (A/H1N1pdm) and A/H3N2 viruses who were treated with baloxavir.2 These mutations occurred in 2.2% and 9.7% of patients in phase 2 and phase 3 trials, respectively, and were found to confer reduced susceptibility to the drug.3

The PA-I38 mutations were noted frequently in influenza A/H3N2 viruses compared with A/H1N1pdm or influenza B viruses, and these variants commonly affected patients aged <12 years vs those aged 12 to 64 years.2 In addition, compared with the wild-type viruses, the mutant viruses were associated with prolonged virus shedding and a longer median time to symptom alleviation in patients receiving baloxavir.2

After these observations, Japanese researchers commenced nationwide monitoring of the susceptibility of influenza viruses to baloxavir. Their data for the 2018 to 2019 influenza season show that 1.5% of A/H1N1pdm and 9.5% A/H3N2 viruses possessed a PA-I38 substitution.2 Of note, in the United States, no cases of reduced susceptibility to baloxavir were reported in a Centers for Disease Control and Prevention update on January 18, 2020.4

Other findings demonstrated that “replication of recombinant influenza A/H1N1 and A/H3N2 viruses expressing the I38T substitution in their PA protein in the background of the A/WSN/33 (H1N1) or A/Victoria/2/75 (H3N2) strains was greatly attenuated in cell culture relative to their [baloxavir]-sensitive counterparts, suggesting that the reduction in replicative fitness of influenza A viruses is caused by the I38T mutation,” according to a paper published in January 2020 in Nature Microbiology.5 “However, the effect of this substitution on the viral fitness of clinical isolates from patients and on viral fitness in vivo is unknown. Furthermore, it remains unclear whether the emergence of this mutation is related to adverse clinical outcomes.”

To elucidate these points, researchers at the University of Tokyo, the University of Wisconsin, and the Icahn School of Medicine at Mount Sinai examined the in vitro and in vivo properties of influenza A/H1N1pdm and A/H3N2 viruses carrying the PA-138T mutation in isolates from Japanese patients before and after baloxavir treatment. Selected results are highlighted here:5

Simply, what distinguished the virus collected from the brother before treatment and the virus collected from the sister later was a single mutation, implying that the virus acquired resistance during treatment, and the resistant infection was subsequently transmitted from brother to sister. The concern about this stems from the fact that baloxavir has roughly 40% of the antiviral market in Japan, where 23% of patients carried drug-resistant mutations after treatment.6

Baloxavir was approved by the FDA partially as a response to sporadic resistance to oseltamivir. The results of a study published in Eurosurveillance demonstrated that during the 2016/2017 and 2017/2018 influenza seasons in the United States, there was minimal evidence of resistance to baloxavir.7 Researchers postulated that this may be the result of the drug being less commonly prescribed in the United States compared with Japan. Of note, H1N1 or H3N2 that develops resistance to baloxavir with treatment subsequently responds to other antiviral medications.6

“In summary, our data suggest that influenza A/H1N1pdm and A/H3N2 viruses circulating in humans can rapidly acquire an I38T mutation in their PA, which confers reduced susceptibility to [baloxavir], without a loss of viral fitness,” the study authors concluded.5 Their findings highlight the possibility that the widespread use of baloxavir could lead to the circulation of these variants. “The proper use of this drug and continued close monitoring for the emergence or prevalence of seasonal influenza A virus PA-I38T variants is extremely important.” 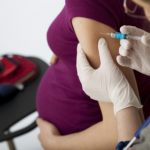