Up to 60% of serum response to seasonal influenza vaccines is attributable to a ‘boosting effect’ on pre-existing antibodies, reported in a new study published in Nature Medicine, suggesting that the annual vaccines may not be as broadly protective as initially thought.1

“We used a newly developed technology to characterize the influenza-specific antibodies generated following seasonal flu vaccination,” explained study author Jiwon Lee, from the Department of Chemical Engineering at University of Texas at Austin. “Our technology is currently the only technology available that enables us to identify and quantify antibodies that are circulating in serum (or blood) at a molecular-level.”

The results showed a serum response to a range of 40-147 separate clonotypes targeted by the three monovalent components of the trivalent vaccine, and surprisingly, the boosting effect on pre-existing antibodies conferred the majority of the immunologic protection.

“While the implication from our findings is that the current vaccines primarily enhance already-existing antibodies, our study suggests that it is not always detrimental,” Mr Lee said, pointing to a new class of serum antibodies they found that recognize both the H1 and H3 monovalent vaccines.  “We discovered a new class of antibodies that conferred excellent protections against H1N1 and H3N2 viruses in a mice challenge model (broadly-protective antibodies), that were pre-existing and boosted (increased in abundance) as a result of the vaccination.”

George Georgiou, PhD, also from the Department of Chemical Engineering at University of Texas at Austin, explained, “While our work shows that current vaccines to a large extent enhance the synthesis of antibodies initially elicited by earlier vaccination or infection, we also observed that some of these boosted antibodies can be broadly protective and thus can help in prophylaxis.” He added that further studies “of the serological repertoire in larger cohorts and in different age groups will be needed to comprehensively address this point.”

As this study shows, the mechanisms of immunity appear to be more complicated than originally believed, and the next goal of immunization is to achieve a broader spectrum of protection to new and evolving viruses. “The big picture idea here is to use these findings to develop vaccination strategies that will allow potent antibodies to be elicited and persist, so they will be pre-existing for the subsequent exposure and get boosted when a person receives a vaccine,” said Mr Lee. 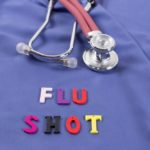