HealthDay News — Admitting older, low-risk patients with pneumonia to the intensive care unit (ICU) — compared with admission to regular wards — is linked with higher survival rates but not higher medical expenses, new research suggests. The study was published in the Journal of the American Medical Association.

Researchers led by Thomas Valley, MD, of the University of Michigan in Ann Arbor, analyzed the link between ICU admissions and outcomes among older people hospitalized for pneumonia as well as 30-day death rates and overall medical costs.

Of the 13% of patients whose admission appeared to be dependent only on distance, survival rates were higher among those treated in the ICU than in general wards. The researchers pointed out that Medicare spending and hospital costs were comparable.

The findings argue against efforts to reduce ICU admissions, at least for older patients with pneumonia, Ian Barbash, MD, and Jeremy Kahn, MD, of the University of Pittsburgh School of Medicine, note in an accompanying editorial. “The greatest lesson from this study may be that low-value health care is difficult to find,” they write. “Reducing health care spending by preventing ICU readmissions will require addressing the difficult questions about rationing ICU care and the degree to which the nation can afford to make intensive care available to anyone at any time.” 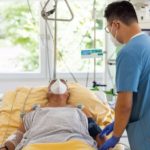