Individuals with a PD diagnosis and comorbid depression (mean age 82.15 years; SD 6.97 years) who initiated an AAP medication were included in this study (n=12,076). Researchers included data from the 2007 to 2009 Minimum Data Set crosslinked to Chronic Condition Warehouse Medicare files.

Study limitations included the reliance on administrative data and the lack of data on PD severity.

The researchers concluded that findings from this study “suggest that selection of AAPs in PD is critical to prevent serious adverse events related to antipsychotic use in PD, given that pneumonia is one of the most common causes of mortality” in patients with PD. They add that there is a need for further research “to evaluate the risk of pneumonia in [patients with PD] using newer antipsychotic medications.” 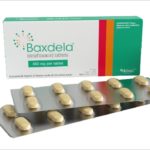