According to research published in Clinical Infectious Diseases, a single dose of the 13-valent pneumococcal conjugate vaccine (PCV13), when given to community-dwelling adults aged ≥65 years, elicits a small temporary reduction in nasopharyngeal carriage of the vaccine type (VT) pneumococci for 6 months postvaccination.

Effects of the PCV13 vaccine in this group were studied as part of the randomized controlled Community-Acquired Pneumonia immunization Trial in Adults (CAPiTA; Clinicaltrials.gov Identifier: NCT00744263). Carriage of Streptococcus pneumoniae, Staphylococcus aureus, Haemophilus influenzae, and Moraxella catarrhalis was evaluated before and 6, 12, and 24 months postvaccination using polymerase chain reaction (PCR) and culture methods for nasopharyngeal and oropharyngeal swabs in 1006 PCV13 recipients and 1005 controls who received placebo.

A significant reduction in VT-pneumococci carriage was seen at 6 months postvaccination in the PCV13 group compared with placebo (risk ratio 0.53; 95% CI, 0.35-0.80; P =.04). No differences between groups were reported at 12 or 24 months, nor were any differences reported in carriage of the non-VT-pneumococci types (S aureus, H influenzae, and M catarrhalis) between groups.

The investigators advise caution when interpreting these results due to an unexplained drop in the proportion of nontypeable pneumococci by Quellung reaction during the study period despite study personnel remaining consistent. Second, the introduction of the PCV7 vaccine to all newborns in The Netherlands (the study country) 2 years prior to the study likely contributed to a decline in VT serotypes due to herd immunity, evidenced by a decline in PCV7 serotypes also observed in the placebo group. The remaining differences in PCV13 serotypes between placebo and vaccine group are, however, concluded to be due to vaccination.

The study was funded and sponsored by Pfizer Pharmaceuticals, with several authors listed as either employees or contractors: C. Webber, M. Patton, D. Scott, W. Gruber, S. Patterson, Q. Jiang, and B. Schmoele-Thoma. 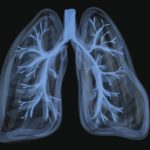