A large proportion of patients with septic shock who present to the emergency department (ED) with vague symptoms not specific to infection have a significantly higher mortality rate than those with symptoms that are explicit to an infection, according to new findings published in Critical Care Medicine.

Presenting symptoms in patients with sepsis can influence diagnosis and time to antibiotic initiation, as well as overall patient outcomes. In this retrospective cohort study, the authors evaluated their hypothesis that patients presenting with vague symptoms might experience delays in treatment and increased mortality. The cohort included all adult patients who presented to a single ED of a large, urban, academic hospital during a 2-year period.

During this period, 654 cases met criteria for septic shock, of which 245 (37%) initially presented to the ED with vague symptoms.

“These findings suggest that the nature of presenting symptoms may play an important role in sepsis clinical phenotyping and may be an important confounder in sepsis epidemiologic studies,” write the authors. 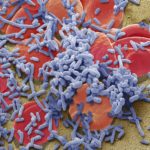