Sepsis care should not end with a hospital discharge, concludes a new review from Prescott and colleagues from the Institute for Healthcare Policy & Innovation at the University of Michigan in Ann Arbor.1 In the absence of sepsis-specific guidelines for postdischarge care, clinicians need to evaluate patients with sepsis for physical, cognitive, and mental impairments to prevent further deterioration and hospital readmission.1,2

Worldwide, an estimated 19.4 million people are treated for sepsis and 14.1 million survive to hospital discharge.1 In the United States, 1.3 million people left hospitals after sepsis treatment.1 Nearly half of patients recovered; however, 16% experienced a physical, mental, or cognitive impairment.1

Among clinicians, there is a “growing recognition that patients are vulnerable to further health setbacks after sepsis, and that there are specific things we can focus on: being on the lookout for recurrent infection and promoting functional recovery,” said lead author Hallie C. Prescott, MD, from the University of Michigan at Ann Arbor, in an interview with Infectious Disease Advisor.

The impairments in postsepsis patients include 1 to 2 limitations on independent living, such as dressing or bathing.1 Patients who have had sepsis have a 3-fold risk for moderate to severe cognitive impairment, as well as mental illnesses such as anxiety, depression, and posttraumatic stress disorder.1

A systematic review of 16 studies demonstrated that in 69% of the cases, when patients were discharged from the hospital after treatment for a critical illness, they developed new or had worsened instrumental activities of daily living (IADL), which consist of managing money and medicines, shopping, and executive function.3

“Given the small number of investigations to date that assess IADL dependencies in survivors of critical illness, more research is needed to elucidate variables that are associated with new or worsening IADL dependency,” said study lead author Ramona O. Hopkins, PhD, psychology professor at Brigham Young University in Provo, Utah. “Clinician recognition that there are variables that may lead to post-[intensive care unit] impaired functional outcome is a crucial first step. The recognition of the presence of IADL dependencies and how they burden not only the patient but also caregivers can be used to improve discharge planning for these patients.”

Within 90 days after hospital discharge, 40% of postsepsis patients will be readmitted to the hospital for conditions that could reasonably be treated in the outpatient setting: infections and heart failure exacerbations.1 Knowing that the risk for these sequelae is so high, clinicians should evaluate patients postdischarge to prevent readmissions.

Among the suggestions to prevent readmissions are referrals to physical therapy to improve strength and independent living.1 In an observational study of 30,000 sepsis survivors, referral to rehabilitation within 90 days postdischarge correlated with a lower 10-year mortality risk vs control patients (adjusted hazard ratio, 0.94; 95% CI, 0.92-0.97; P <.001).1

Because the evidence base is weak for outcomes in patients with sepsis, clinicians often extrapolate findings from similar populations. In a systematic review of 7 studies (N=945), Lewis and colleagues found that community-dwelling older adults with cognitive impairment fared better overall when they were given physical therapy.4

Outcome measures were defined by the International Classification of Functioning, Disability and Health, which encompasses body functions, activities, and participation.4 Some of the studies recorded balance, walking speed, and walking endurance. Although long-term exercise improved balance and basic activities of daily living (eg, feeding, toileting) and the more complex or instrumental activities such as shopping and cleaning, the systematic review had only 2 studies that collected fall data, and 1 study that recorded hospital readmissions.4

Lead author and physical therapist Michelle Lewis, PhD, from the University of Melbourne, Australia, noted that the evidence continues to expand on exercise in older patients and “definitely shows a positive trend towards improving physical outcomes and reducing falls in this patient population. There is a multitude of research out there about exercise and exercise for older adults, but there is limited evidence about best practice exercise guidelines for older adults with cognitive impairment, so there’s definitely scope for further development of exercise guidelines in this population.”

Clinicians would be prudent to embrace postsepsis care because it could potentially affect hospitals’ bottom lines. Although the Centers for Medicare & Medicaid reports readmissions for heart failure (HF), acute myocardial infarction, chronic obstructive pulmonary disease, and pneumonia within 30 days of hospital discharge, it does not yet track readmissions for sepsis.5 Mayr and colleagues sought to determine just how much sepsis readmissions compare with other drivers of hospital readmissions by analyzing data from the 2013 Nationwide Readmissions Database.5

It turns out that sepsis readmissions, lengths of stay, and costs are greater than those for acute myocardial infarction, chronic obstructive pulmonary disease, HF, and pneumonia. Within 30 days after discharge, patients treated for sepsis returned to the hospital at a rate of 12.2% vs 6.7% for its nearest comparator, HF. Once admitted, postsepsis patients stayed an average of 7.4 days vs 6.7 days for patients with pneumonia. Patients readmitted for sepsis cost more than the other indications for readmission, at $10,070 for sepsis, $9424 for acute myocardial infarction, $8417 for chronic obstructive pulmonary disease, $9051 for HF, and $9533 for pneumonia (P <.005 for all comparisons).5

“Clinicians often consider sepsis as an acute illness with few long-term sequelae,” explained coauthor Sachin Yende, MD, vice president, critical care, VA Pittsburgh, and professor, critical care medicine and clinical and translational sciences at the University of Pittsburgh in Pennsylvania. “Our study suggests that approximately 1 in 5 patients discharged home after sepsis are readmitted to the hospital. Many are readmitted with worsening of chronic diseases or for another episode of infection. Thus, clinicians should not only consider strategies to improve outcomes of sepsis patients while they are in the hospital but also after hospital discharge.”

Despite the increase in sepsis survivors during the last decade, no postsepsis guidelines exist to manage the functional, mental, and cognitive impairments that often follow. It is incumbent on all members of the healthcare team to recognize and evaluate patients discharged to home after hospitalization for sepsis. 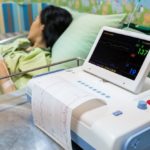