Chlamydia is the most common sexually transmitted bacterial infection globally. However, national programs for screening and treatment have been suboptimal in controlling incident infections. Untreated or repetitive infections with Chlamydia trachomatis frequently result in pelvic inflammatory disease in 1 in 6 women, and approximately half of infants born to mothers with chlamydia will develop congenital infection; such infection is further responsible for 370,000 disability-adjusted life-years annually.

According to study results published in the Lancet Infectious Disease, researchers at the National Institute for Health Research Imperial Clinical Research Facility at Hammersmith Hospital in London have demonstrated immunogenic responses in the first phase 1 human trials of a novel vaccine for the prevention of C trachomatis infection, based on the recombinant protein subunit CTH522 of the bacteria. The researchers included 35 healthy women aged 19 to 45 years who were not pregnant; had no history of chlamydia, gonorrhea, pelvic inflammatory disease/other significant gynecologic disease, HIV, hepatitis B, hepatitis C, or syphilis; and who agreed to use 2 approved forms of contraception and to refrain from sexual intercourse for the trial period. Participants were randomly assigned in a 3:3:1 ratio to receive either CTH522:CAF01 (CTH522 adjuvanted with CAFO1 liposomes), CTH522:AH (CTH522 adjuvanted with aluminum hydroxide), or placebo, followed by 2 intranasal doses of unadjuanted CTH522 or placebo.

The primary outcome of the study was safety of the vaccine, and researchers noted that no serious adverse events related to the vaccine occurred during the trial. The most commonly reported adverse event reported was local injection-site reaction (pain, tenderness, and/or decreased range of movement); this occurred in all participants in both treatment groups. There was also no significant difference between the 3 groups in reports of systemic adverse reactions.

The secondary outcome was the induction of humoral immunogenicity, predefined as a >4-fold IgG seroconversion postvaccination: 100% of the CTH522:CAF01 group and 93% of the CTH522:AH group achieved the marker of immunogenicity. None of the participants in the placebo group attained seroconversion. In addition, the intranasal CTH522 post-immunization booster did not increase concentrations of systemic antibodies. Post-hoc analysis demonstrated a strong immune response after the first vaccination in both treatment groups, which was increased with each administration.

One of the study authors, Professor Peter Andersen, from Statens Serum Institut, Denmark, concluded that “Given the impact of the chlamydia epidemic on women’s health, reproductive health, infant health through vertical transmission, and increased susceptibility to other sexually transmitted diseases, a global unmet medical need exists for a vaccine against genital chlamydia.” 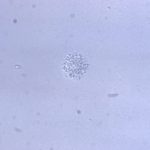 Are Ureaplasma spp a Cause of Nongonococcal Urethritis and Infertility in Men?