Treatment guidelines from the World Health Organization (WHO) call for a single injection of 2.4 million units of benzathine penicillin to treat early syphilis rather than a 10 to 14–day course of procaine.1

The single injection of benzathine penicillin is recommended for infections of less than 2 years for adults, adolescents, and pregnant women. WHO officials recommended a 3-injection course of treatment over 3 weeks in the case of late syphilis, infections lasting 2 years, or more.

When benzathine or procaine penicillin are unavailable or inappropriate, a 14-day course of 100 mg twice daily oral doxycycline is the preferred alternative, because it is administered orally and is less expensive than ceftriaxone, according to the recommendations.

For pregnant women with late syphilis in which penicillin cannot be used due to a drug allergy, WHO officials note that oral erythromycin 4 times daily for 30 days should be used for treatment, but with caution.

Benzathine penicillin has been the preferred treatment in the United States  for decades, but supply has been limited because of manufacturing issues at Pfizer.2 The 69th World Health Assembly in May 2016 recognized benzathine as an essential medicine that has been in short supply for several years.3

Although the drug is in not readily available, Arlene Seña, MD, MPH, associate professor of medicine in the division of  infectious diseases at University of North Carolina Medical School and medical director for the Durham County Health Department, said she doesn’t think the new recommendations will have much immediate impact in the day-to-day treatment of syphilis.

“We know that [benzathine penicillin] is the optimal treatment for syphilis” she told Infectious Disease Advisor. “Clinical recommendations have traditionally been focused on the optimal and ideal treatment regimen.”

The WHO makes 2 recommendations related to congenital syphilis in infants. In infants with confirmed infection or those who are clinically normal but whose mothers had untreated syphilis, syphilis treated with non-penicillin regimens, or inadequately treated syphilis including treatment within 30 days of delivery, the WHO recommends aqueous benzyl penicillin or procaine penicillin.

The WHO also recommends close monitoring of infants who are clinically normal and whose mothers had syphilis that was adequately treated with no signs of reinfection.

These new guidelines are of particular importance now. The Centers for Disease Control and Prevention issued a report last year saying that rates of syphilis, along with chlamydia and gonorrhea, had risen in the United States for the first time since 2006.4

“We see an ongoing epidemic of a disease we could eradicate,” said Kathleen Squires, MD. Dr Squires is the director of the division of Infectious Diseases at Thomas Jefferson University in Philadelphia. “We can treat this disease effectively but we have to remain vigilant in terms of looking for syphilis. In many cases, it’s asymptomatic, so a person who has any sexually transmitted disease should be tested for all [sexually transmitted infections], including syphilis.”

So far, there has been no evidence of penicillin resistance in Treponema pallidum, the bacterium that causes syphilis. However, researchers did note azithromycin resistance in 77.3% of the T pallidum specimens tested in San Francisco in 2006. In a paper published earlier this year, Charles T. Ambrose, MD, a professor in the department of Microbiology, Immunology, and Molecular Genetics at the University of Kentucky, called the discovery of penicillin-resistant syphilis “inevitable.”5 Dr Seña doesn’t believe the situation is that dire because researchers aren’t seeing large numbers of patients failing treatment.

“One thing to recognize about syphilis is that the pathogen, Treponema pallidum, is very sensitive to penicillin in this form,” she said “We, at this point, have no current concerns about resistance.”

Drs Squires and Seña agreed that it is possible that the general public has lost site of the dangers associated with syphilis. Dr Squires noted that safer sex practices, especially regular and correct use of condoms, would go a long way to eliminating the threat of STIs.

“People just need to remember that sexual activity, which is something that most humans participate in, does convey a risk of transmission for certain types of infections,” she said. “For people who are sexually active, they need to act responsibly for the sake of their own health and their partners.” 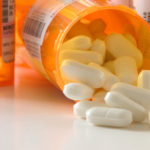 NESTS: No Evidence of Rise in Trachoma Following End of Mass Antibiotic Distribution