When it comes to scabies treatment, permethrin and ivermectin are both associated with high clearance rates. Between the 2 drugs, high relevant differences cannot be seen. Selection of 1 of these drugs for treatment depends mainly on practicability, availability, drug licensing, individual setting, and cost, according to the recommendation of a Cochrane review published in JAMA Dermatology.

The investigators found that treatment with oral ivermectin at a standard dose of 200 µg/kg might be associated with slightly lower rates of complete clearance of scabies after 1 week compared with permethrin 5% cream (relative risk [RR] 0.65; 95% CI, 0.54-0.78; low certainty evidence). At 2 weeks of treatment, little or no difference was observed in clearance rates (RR 0.91; 95% CI, 0.76-1.08; low-certainty evidence). After 4 weeks of treatment, clearance rates were still similar, although ivermectin was associated with a slightly larger proportion of participants with at least 1 adverse event at this time point (RR 1.3; 95% CI, 0.35-4.83; low-certainty evidence). For systemic ivermectin, headache and nausea were common findings, but erythema, burning, and pruritus were more common among participants treated with permethrin.

Among the limitations of this review, the investigators noted that many of the trials included were poorly reported and had a moderate risk for bias. These studies were conducted in developing countries, and applicability and external validity could be limited in Western countries. Finally, the populations in these studies were heterogeneous, and the number of participants was small.

The investigators concluded that systemic ivermectin treatment might be the preferred option if proper application of permethrin to the whole body cannot be ensured or if a large group of patients requires treatment. The need for a single vs repeated application cannot be answered according to the available evidence. 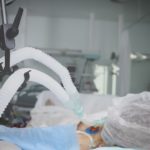