Three-month postdischarge malaria chemoprevention among children who had severe anemia reduced deaths in areas with intense malaria transmission. These findings, from a multicenter, randomized, placebo-controlled trial, were published in The New England Journal of Medicine.

Children (N=1049) younger than 5 years of age who had severe anemia were recruited at 9 hospitals in Kenya and Uganda between 2016 and 2018. Children were randomly assigned in a 1:1 ratio to receive malaria chemoprevention with 3-day dihydroartemisinin-piperaquine at 2, 6, and 10 weeks (n=524) or placebo (n=525). All children in the treatment arm received 3-day artemether-lumefantrine and 2 mg/kg iron supplementation and some also received 130 to 520 mg folic acid for 28 days. Caregivers were contacted daily by telephone to ensure compliance. Children were assessed through 26 weeks for hospital readmission and mortality.

In total, 7.6% of children withdrew or were lost to follow-up.

Children who had severe malarial anemia at baseline had increased incidence of readmission or death (41% vs 9%) compared with children with nonmalarial anemia.

Fewer adverse events were observed among the chemoprevention group (284 vs 534; P <.001). None of the adverse events were determined to be as a result of the interventions. Of deaths that occurred during the study, 9 were due to severe anemia, 8 to severe malarial anemia, and 11 to other causes.

This study was limited by not having access to nonmalarial causes for hospital readmissions. 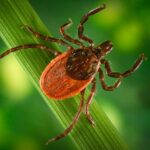