Health officials have reported the first locally acquired case of Zika virus infection in Puerto Rico, in a resident with no known travel history.

“There is no reason for alarm, and the public should continue to take commonsense steps to avoid mosquito bites, like using repellent and wearing long pants and shirts,”  Puerto Rican Congressman Pedro Pierluisi said in a prepared statement. “When Congress returns to session in January, I will receive a comprehensive briefing on Zika from senior CDC officials.”

Officials with the Centers for Disease Control and Prevention (CDC) are expected to work with health officials in Puerto Rico to determine the source of the infection. In the interim, they have issued a travel notice advising people traveling to Puerto Rico to take the precautions to protect themselves from mosquito bites, like those suggested by Pierluisi.

Other steps include using air conditioning or window and door screens to keep mosquitoes outside and emptying standing water inside and outside the home.

Zika virus, originally identified in 1947 from Zika forest of Uganda, is transmitted to people primarily through the bite of an infected Aedes species mosquito. These mosquitoes are found throughout tropical regions of the world and are the same mosquitoes that spread dengue and chikungunya viruses, according to a prepared statement from the CDC.

Outbreaks of Zika have occurred in Africa, Southeast Asia, and the Pacific Islands. Because the Aedes species mosquitoes that spread Zika virus are found throughout the world, it is likely that outbreaks will spread to new countries. To date, Zika virus has been reported in several countries and territories in the Americas.  Brazil is investigating the possible association between Zika virus infection and cases of microcephaly in infants.

The most common symptoms of Zika virus disease are fever, rash, joint pain, and conjunctivitis. The illness is usually mild with symptoms lasting from several days to a week. Infection is thought to provide lifelong immunity. Severe disease requiring hospitalization is uncommon. Deaths are rare, according to health officials.

Travelers returning from areas with Zika activity are urged to seek medical care if they experience a fever and symptoms of infection. Health care providers in areas with reported cases should be on the alert for possible cases and report accordingly, according to the CDC statement. 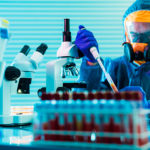