An attenuated malaria virus vaccine offered the first evidence of durable protection against multiple heterozygous infections within the same host, according to results of a clinical trial reported recently in the Proceedings of the National Academy of Sciences (PNAS) by investigators from the National Institute of Allergy and Infectious Diseases (NIAID), the National Institutes of Health (NIH), and the University of Maryland School of Medicine.1

Malaria has been difficult to eradicate, particularly in Africa, largely due to reinfection from different strains of the disease. A 2016 world report from the World Health Organization (WHO) stated that malaria was endemic in 91 countries and territories during 2015;  212 million people were infected and 439,000 people — mostly children — died from it.2

One of the most virulent strains of malaria, which is associated with high mortality, is caused by mosquitoes carrying Plasmodium falciparum. While high-level protection (>80%) against homologous infection by attenuated P falciparum sporozoite (PfSPZ) vaccine was previously reported in multiple studies,3-6 high-level response to heterologous strains of malaria has not been reached.

In the current study, 14 adult volunteers with no history of malaria who were given a 3-dose intravenous regimen of 9.0 x 105 PfSPZ per dose every 8 weeks, along with 6 control subjects, were challenged with controlled human malaria infection containing a heterologous strain of P falciparum parasites. At 19 weeks after the final immunization, 64% (9/14) of immunized volunteers remained free of parasites (95% CI, 35% to 87%), while none of the nonimmunized controls were parasite free (P =.012).

The same protocol was followed again at 33 weeks after final immunization, in which both immunized and nonimmunized volunteers were bitten by mosquitoes infected with a different strain of P falciparum parasite from the one used to develop the vaccine. After this second reinfection, 83% (5 of 6) of immunized volunteers remained protected from parasites compared again with none in the nonimmunized control group. All malaria-infected participants were treated immediately.

Moderate antibody responses were detected in 13 of 14 PfSPZ-vaccinated volunteers; these responses increased approximately 40-fold after the second immunization and again more moderately after the third vaccination. In contrast, T-cell responses peaked after the first vaccine and remained stable thereafter.

“Achieving durable protection against a malaria strain different from the vaccine strain over 8 months after vaccination is an indication of this vaccine’s potential,” reported study coinvestigator Robert A. Seder, MD, chief of the cellular immunology section of NIAID’s Vaccine Research Center, in an NIH press release.7 “If we can build on these findings with the PfSPZ vaccine and induce higher efficacy, we may be on our way to a vaccine that could effectively protect people against a variety of malaria parasites where the disease is prevalent.”

Based on the initial success of this trial, a phase 2 dose-comparison trial is underway to evaluate the durable effects of 3 different doses of the PfSPZ vaccine in West Kenyan infants from 5 to 12 months of age. 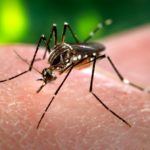