HealthDay News — The world’s most promising malaria vaccine (RTS,S/AS01) appears to offer only short-lived protection, and may increase children’s long-term risk of contracting malaria if they live in a region with heavy transmission of the parasite, according to a study published in the New England Journal of Medicine.

In this trial, 447 children were randomly assigned to receive three doses of either the malaria vaccine or a rabies vaccine that served as a control. The children, from Kenya and Tanzania, were between 5 and 17 months old.

The vaccine had a protection rate of 35.9% in the first year. But, by the fourth year protection had fallen to 2.5%. In the fifth year, the researchers found the overall protection rate was negative. But that finding was driven solely by the vaccine’s performance in areas where there is high exposure to malaria.

The vaccine’s maker, GlaxoSmithKline, contends that the children in this particular clinical trial may not have been given enough doses of RTS,S/AS01. “It is important to highlight that this follow-up study was conducted without a fourth vaccine dose, which is now considered the preferred regimen for implementation of RTS,S,” a statement from the company said. “A large-phase III trial of the vaccine conducted in seven countries showed that children who received four doses of RTS,S were protected against malaria for at least four years.” 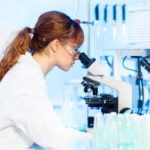