Maternal microchimerism (MMc), a process in which the fetus acquires maternal cells during pregnancy, may explain why infants born to women with placental malaria may have an increased risk for malaria infection. However, the risk for malaria in these infants appeared to be decreased, suggesting a protective effect against symptomatic malaria. These study results were published in The Journal of Infectious Diseases.

In placental malaria, red blood cells infected with Plasmodium falciparum are sequestered in the placenta and cause an inflammatory response. Placental malaria can lead to pregnancy complications such as intrauterine growth retardation and miscarriage.

In MMc, the mother passes on a small amount of her DNA or cells to the fetus, enabling the fetus to acquire tolerance to noninherited maternal antigens during pregnancy. The inflammatory environment created by placental malaria may promote MMc, which in turn may increase fetal tolerance to malaria antigens.

Researchers, led by Whitney Harrington, MD, PhD, pediatric infectious diseases senior fellow from The University of Washington School of Medicine and Seattle Children’s Hospital, investigated whether placental malaria increases the rates and levels of cord blood MMc and whether MMc raises the risk of malaria infection in childhood.

MMc was associated with a higher risk of malaria infection, defined as a positive blood smear (adjusted odds ratio, 1.73; P =.03). Malaria infection risk was higher with increasing levels of MMc.

In infants with a positive blood smear, infants with MMc — especially infants whose mothers had placental malaria — were less likely to develop symptomatic malaria than infants without MMc. In addition, MMc predicted a lower likelihood of hospitalization for malaria infection.

“Our work suggests that MMc may have the capacity to shape postnatal susceptibility to malaria in the offspring. These intergenerational immune interactions may play a previously unappreciated role in affecting immune responses to infections and vaccination in children,” Dr Harrington told Infectious Disease Advisor.

“In our future studies, we hope to isolate and identify the phenotype of the acquired maternal cells (ie, to determine if they are B cells, T cells, etc),” Dr Harrington said. “In addition, we would like to know if they are maintained during childhood. We hope to explore the ability of fetal and infant cells to respond to malaria parasites in the presence and absence of maternal cells. Finally, we hope to explore the effect of these maternal cells on [the] response to childhood vaccination and other infection.” 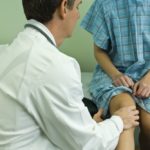