Should Community Pharmacies Have Prescribing Power for the Treatment of Lyme Disease? - Infectious Disease Advisor

Lyme disease, a vector-borne illness caused by the bacteria Borrelia burgdorferi, is transmitted to humans by deer ticks. It is currently nearing endemic levels of infection in North America; the United States Centers for Disease Control and Prevention (CDC) has reported a 130.6% increase in confirmed cases between 1997 and 2017 (12,801-29,513 cases, respectively)1. Other sources estimate an incidence of 300,000 infections per year, an order of magnitude greater than that predicted by the CDC.2

There are several possible causes for the marked increase in Lyme disease. Globalization has played a key role, as it has allowed for undetected transposition of ticks between states and hemispheres, thus introducing their pathogens to new biomes.3 Another factor is climate change; warming temperatures expand the tick’s habitable biome increasingly northward and extends the season in which ticks are active. The CDC’s Lyle Petersen, director of the Division of Vector-Borne Diseases, explained that, “when the tick season is longer, people are exposed over longer periods.”2 Tick populations also suffer in dry heat, making the southern United States an increasingly poor habitat, which also explains the marked rise of the incidence of Lyme disease in Pennsylvania, New Jersey, and New England4. A prophylactic solution is needed to counterbalance the rising population of ticks, particularly given the high estimated rates of infection.5

The Infectious Diseases Society of America (IDSA) recommends doxycycline prophylaxis for individuals who have bee or live in high-risk areas, and who can initiate therapy within 3 days of tick removal.7 The IDSA stipulates that antimicrobial prophylaxis should not be administered to individuals who removed attached ticks within 36 hours of attachment, as the bacteria in the tick’s gut need at least 36 hours of attachment and feeding to travel to its salivary glands.3

As a result of the time-sensitive nature of Lyme prophylaxis, exposed individuals require low-barrier access to convenient treatment. Pharmacies represent a potential avenue to achieve this, as approximately 90% of Americans live within 5 miles of a community pharmacy, and as pharmacies often offer low wait times and extended or continuous operating hours.8 With training, pharmacists may effectively administer doxycycline to those who meet specific criteria for treatment.

Should Pharmacists Be Allowed to Dispense Doxycycline Without Prescriptions?

Several studies have been conducted to investigate this approach in Rhode Island, a state with the nation’s 11th-highest rate of Lyme diagnosis in 2015.9 One study was conducted in 4 community pharmacies, where pharmacists followed IDSA guidelines to include and exclude individuals seeking treatment.10,11 Selected recipients were given a single dose of 200 mg doxycycline to initiate treatment. Pharmacists also provided counseling, which included information on both the medication and Lyme disease, as well as how to prevent subsequent exposure to ticks.10,11

Eighteen individuals enrolled, of whom 17 met the inclusion criteria and received doxycycline. These participants reported overall positive satisfaction with pharmacist-initiated prophylaxis.10,11 In response, the Rhode Island General Assembly passed legislation in 2016 to allow pharmacists to initiate certain drug treatments in the treatment of Lyme disease.9 They hope this collaborative practice agreement will set an example for the rest of the nation.

The IDSA is cautious on recommendations for the use of antibiotics for the treatment of Lyme disease, but it specifies an exception in areas where the disease is endemic.9 Still, opponents of pharmacist-initiated postexposure prophylaxis argue that such care may pose more risks than benefits.

However, research has shown that physicians have not demonstrated a superior adherence to guideline recommendations .12 Results of a 2017 study found that general practitioners in Quebec did not adhere to prophylaxis guidelines in 96.5% of cases.13 In addition, a 2015 study showed that 45.2% of healthcare providers initiated Lyme antibiotics, despite reporting that they did not believe treatment was necessary.14 These findings suggest a need for further training on IDSA guidelines, which may reasonably be extended to pharmacists.

The Case for Pharmacist-Initiated Antimicrobial Therapies for Lyme Disease

Pharmacists have demonstrated previous success in administering antimicrobial therapies through Collaborative Practice Agreements. A study that evaluated pharmacist-initiated treatments for group A Streptococcus pharyngitis and influenza found positive results.15 Researchers in this study found that community pharmacists who used rapid point-of-care tests to guide clinical decision making and initiate treatment as appropriate under a physician-led, evidence-based protocol allowed for more judicious use of antibiotics and antivirals. Community pharmacies have also played a pivotal role in working alongside health departments to distribute and dispense H1N1 vaccines, demonstrating a positive foundation for controlled expansion of the role of pharmacists, with appropriate training and oversight.16 Multiple studies indicate positive views of pharmacist prescribing among stakeholders, with only organizational and bureaucratic barriers standing in the way of implementation.17 Strong physician-pharmacist collaboration is a critical step both in minimizing the risk for antimicrobial resistance and in ensuring patients receive adequate care. 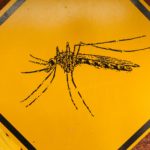