HealthDay News — Outbreaks associated with treated recreational water with confirmed infectious etiology are usually caused by Cryptosporidium, Legionella, or Pseudomonas, according to research published in the May 18 issue of the U.S. Centers for Disease Control and Prevention’s Morbidity and Mortality Weekly Report.

Michele C. Hlavsa, M.P.H., from the CDC in Atlanta, and colleagues describe 493 outbreaks associated with treated recreational water reported during 2000 to 2014.

The researchers found that 58 percent of the 363 outbreaks with confirmed infectious etiology were caused by Cryptosporidium, 16 percent by Legionella, and 13 percent by Pseudomonas.

Overall, 24,453 cases were identified in the 363 outbreaks; 89, 4, and 3 percent were caused by Cryptosporidium, Pseudomonas, and Legionella, respectively. Of the eight reported deaths, at least six occurred in persons affected by outbreaks caused by Legionella. The leading setting was hotels, which were associated with 32 percent of the 493 outbreaks. The outbreaks had a bimodal temporal distribution: 56 percent started in June to August, and 9 percent started in March. 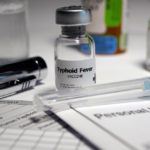