Officials with the US Food and Drug Administration have approved Vaxchora (PaxMax, Bermuda), a vaccine for the prevention of cholera caused by serogroup O1 in adults 18 through 64 years of age traveling to cholera-affected areas.

“The approval of Vaxchora represents a significant addition to the cholera-prevention measures currently recommended by the Centers for Disease Control and Prevention for travelers to cholera-affected regions,” Peter Marks, MD, PhD, director of the FDA’s Center for Biologics Evaluation and Research, said in a prepared statement about the approval.

While cholera is rare in the United States, travelers to parts of the world with inadequate water and sewage treatment and poor sanitation are at risk for infection. Travelers to cholera-affected areas have relied on preventive strategies recommended by the CDC to protect themselves against cholera, including safe food and water practices and frequent hand washing.

Vaxchora is a live, weakened vaccine that is taken as a single, oral liquid dose of approximately three fluid ounces at least 10 days before travel to a cholera-affected area.

Vaxchora’s efficacy was demonstrated in a randomized, placebo-controlled human challenge study of 197 US volunteers from 18 through 45 years of age. Of the 197 volunteers, 68 Vaxchora recipients and 66 placebo recipients were challenged by oral ingestion of Vibrio cholerae, the bacterium that causes cholera. Vaxchora efficacy was 90% among those challenged 10 days after vaccination and 80% among those challenged three months after vaccination.  The study included provisions for administration of antibiotics and fluid replacement in symptomatic participants. To prevent transmission of cholera into the community, the study included provisions for administration of antibiotics to participants not developing symptoms.

Two placebo-controlled studies to assess the immune system’s response to the vaccine were also conducted in the U.S. and Australia in adults 18 through 64 years of age. In the 18 through 45 year age group, 93 percent of Vaxchora recipients produced antibodies indicative of protection against cholera. In the 46 through 64 years age group, 90 percent produced antibodies indicative of protection against cholera. The effectiveness of Vaxchora has not been established in persons living in cholera-affected areas.

The safety of Vaxchora was evaluated in adults 18 through 64 years of age in four randomized, placebo-controlled, multicenter clinical trials; 3,235 study participants received Vaxchora and 562 received a placebo. The most common adverse reactions reported by Vaxchora recipients were tiredness, headache, abdominal pain, nausea/vomiting, lack of appetite and diarrhea. 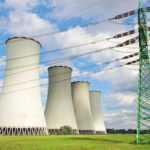